I got my dates mixed up for Mother’s Day so this is late, but seeing as we are all meant to stay inside here are a bunch of shows and films you can watch! If you’re at home with your mum, watch with her, if not then set up a video call or plan to sit and watch at the same time and text each other or try one of those watching party apps. It’s time to chill out and spend some time with people you love. I wanted to make this post specifically about single mothers because I was raised by one and I felt like I didn’t really get to see much media involving them, so here is an incomplete list. I hope you enjoy. 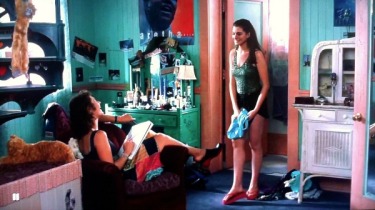 Princess Diaries We had two iconic single women in the first film. Mia’s mother and Mia’s grandmother. The strength and independence of these women was unheard of for young teen films, and the fact that Mia’s mum divorced A PRINCE (Mia’s father) before he inevitably died?? truly no one knows such strength. There are some really sweet moments between Mis and her mother specifically that were really sweet to see, like when Mia is going to the beach party and is talking about the ‘foot pop’, or when she’s upset so they both do really messy art together.

Leah on the Off Beat I thought her mum would have been more of a main figure by the blurb but this book is pretty introspective and is mostly within Leah’s head. However, it was nice to see a close bond in a novel between mother and daughter. 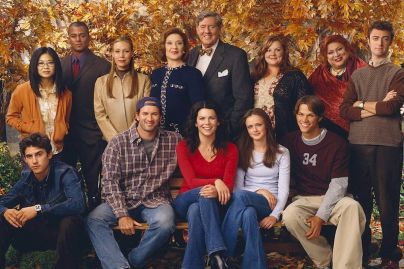 Gilmore Girls I was really late to watching this show and I’m really sad about that! This would have been a great show for me and my mum to watch together because I was semi-similar to Rory where I was pretty quiet and kept to myself and always tried to get into the best places to study and she had a really young mother. Loreli and Rory both felt like best friends first, then mother and daughter and this is something I felt with my mum that I don’t think many other people experienced. I never felt afraid of going to my mother for help and she has always been my biggest fan, and like Loreli my mother never went to university, which can also be rare on TV.

Stranger Things We all love Joy, a true icon. This show is very cool, something a little different to the majority of this list, so sci-fi lovers with an ’80s twist, this is for you.

Hope Floats Starring our gal, Sandra Bullock, the film starts with her being set up for total embarrassment on a national TV show where her best friend and husband admit to her they have been sleeping together. So she leaves him and takes her daughter back home to her hometown where she re-finds herself and finds new love.

Big Little Lies This is one of Reese Witherspoon’s female lead creations. A thriller/drama where a group of mother’s become eternally bonded by a terrible incident. One of the women is a single mother the whole time, series two shows one of the other mother’s navigating becoming a single parent when the father dies. 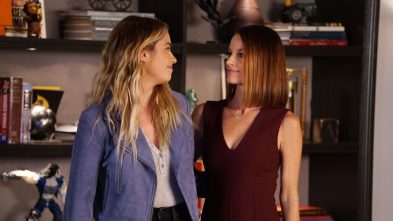 Pretty Little Liars I always loved Hannah Marin the most out of the crew of girls, which is weird because outwardly we are nothing alike, but she struggled with her weight and her mother is single and working where her father is useless and doesn’t get it. Again, it’s very friends-first-then-parent situation and I think I just love this so much because that was my experience but from what I’ve seen not many other people’s. This show also shows a few other experiences of being a single mother, Aria’s parents split up for a good chunk of the show before getting back together, rare in real life but nice to see. Emily’s mum becomes a single parent quite late as her husband dies around the time Emily is at college, and this is a very different dynamic as Emily is gay and had a rough time with her mum over it and her dad was the one to work things out and make it okay. It seems like she was more of a daddy’s girl, and the death of a parent can really change things.

Bad Moms This brings three very different types of parents together and exposes how all of them are seen as ‘bad mums’ when they are just trying to cope. Carla is already single and had her son out of wedlock and is a very unconventional mother. The lead is Amy who becomes single early on as she throws her husband out for being a pos to be honest… It’s a fun film from the mum’s perspective that also shines a light on what modern parenthood looks like and what it does to people.

Jane the Virgin Jane was brought up by a single teenage mother and her grandmother, who’s husband has been dead for a number of years. Jane has moments in the show as a single mother as well.

Just Go With It Another Queen, Jennifer Aniston plays the love interest of Adam Sandler. She is his Surgery Receptionist and has to pretend to be his ex wife. Both of them, her two children, her fake new boyfriend, and the woman he is pursuing all go on holiday to Hawaii. It’s silly but enjoyable.

Gossip Girl There are many single parents in this show, because we need some adult relationship drama as well as teen ones. Are they the best? No. Probably more realistic even though they’re all disgustingly rich.

The Suite Life of Zack and Cody Carey, Zack and Cody’s mum, is single and is the singer for the hotel they live in. Kids’ show. 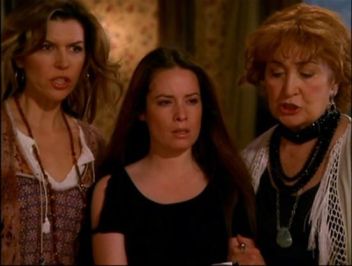 Charmed The original three were raised by their Grams after their mother died and this woman is renowned for having many husbands, never changing her last name, and divorcing them eventually? Her daughter, the mother of the Charmed Ones, divorces her husband (the father of the original three) and tends to be a single mother for a while before she dies. Then later in the series, Piper has times where she has to be a single mother.

One Day At A Time Penelope left her husband before the show begins (I can’t remember exactly why, I think a mixture of PTSD where he isn’t getting help and alcoholism?) and raises her two children in an apartment with her mother. This is a latinx family and is a light hearted show but handles tough subjects really well.

Grey’s Anatomy Many of the women end up as single parents in this show for at least a period. Bailey divorces her husband. Meredith’s husband dies. Jackson Avery was raised by his mother alone. Arizona and Callie split up for a while. I haven’t watched the recent series and I’m not sure how things turned out with Teddy and Owen, but she may be a single mother? This show is a long standing medical drama and this would be a great one to start during lock down because it’s LONG.

The Single Mom’s Club A fun film all about a group of single mothers dating and dealing with their kids. Rom-com.

I hope you find some new things to watch! Let me know what you think of what I’ve suggested, and let me know of any other shows or films I’ve missed with single mothers!

Check out my other social medias!

Want to learn something new? Sign up to Skillshare with my link and get to try for free!

Use my link if you want to try using Canva!