I’m sure I’m not the only one who does this, but I regularly go back to old shows and film that I love when I’m not feeling too hot. Some are older shows I enjoyed whilst growing up, others were newer discoveries that have a feel good ending or general vibe. 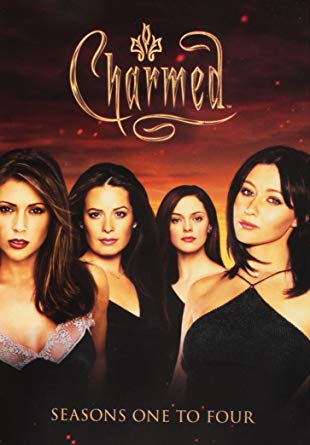 Charmed is my first and top choice for needing a break. I watched this with my mother when I was growing up. Now I’m verging on the age they were as characters at the beginning, it’s really interesting to see my perspective change. These were the first strong women I watched on television and have been a big part of how I’ve grown as a person. It’s easy watching but has more too it if you want to see it. 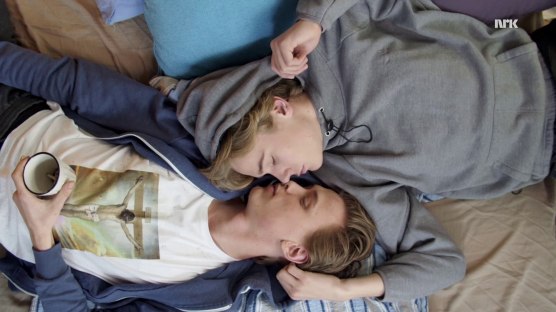 One of my favourites is Skam Norway season 3. I saw this season first because I couldn’t wait to see how gay it was supposed to be. I’ve watched it enough times I barely look at the subtitles anymore, I almost know it word for word. There’s obvious angst, but I know it all ends well. The cinematography and direction is so beautiful and wistful, it’s all very clean and aesthetically pleasing. I want to finish this show but also watch how it was interpreted in other areas of the world. 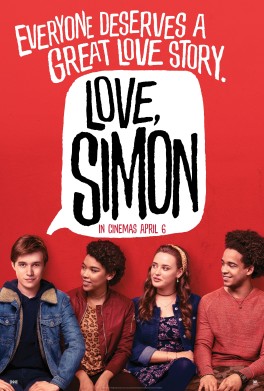 Love, Simon is always on my lists. Like Skam, it has it’s angst but knowing it all ends well makes it all better and easier to watch when I’m not feeling too positive. Abby is such a sweet, peppy character, I wish I knew someone like her! Anything gay and fluffy is always a good watch on a down day.

Princess Diaries is an iconic film from my childhood that I’ve watched so many times I do know it word for word and still quote parts of it to my mother (especially the bit in film 2 “I look like a moose!” ” WHAAAAAH!”) Anne Hathaway is one of my acting queens and deeply love her Mia, the relatable misfit with a slightly mad single mother and a truly mad grandma. 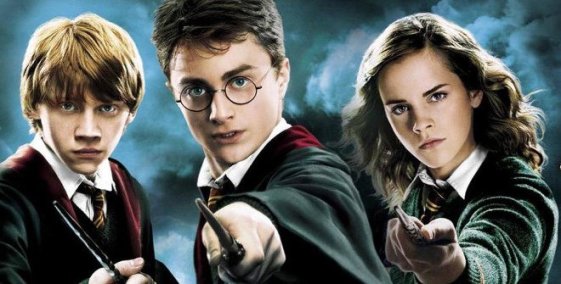 Harry Potter sort of become a Christmas tradition for me to watch but also a big series for when I feel poo. I watched these until I fell asleep after a deeply dreadful break up. They come with faults, but I really love watching them and the older I’ve gotten the more humour I understand. I’ll let you in on a little secret, I share my birthday with Minerva McGonagall and definitely feel more and more like her as I age. 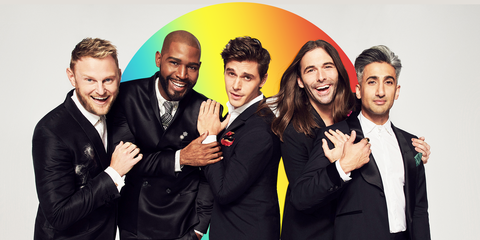 I came late to Queer Eye, it just didn’t sound like something I was going to be interested in or enjoy. I turned it on one day and really felt the good vibes this show gave off and how little brain energy I needed to watch it (though I did need more when they went to Japan, as reading captions can be quite laborious when I’m in a depressive state) but I love all kinds of before and after type content and really like seeing what they do with the living spaces, again… age has lead me to enjoy home decor more than I thought possible. 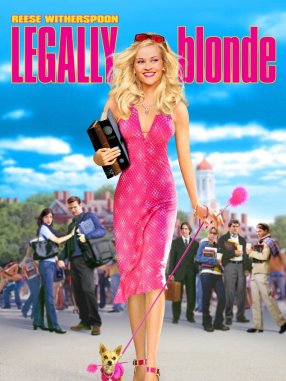 Legally Blonde makes me feel like I can do anything. I don’t think I watched this when I was younger because it was about a typically beautiful blonde woman, and that put me off. But watching as an adult I can appreciate the strength and total feminist power this movie represents. One day, this woman decided she was going to get into Harvard Law (sure, for a bloke, yuck) she did it, showed up the man who made her feel dumb, and became an incredible lawyer for her strengths that no one understood. Oh, and she becomes friends with the ‘other woman’ who also ended up dumping the bloke. 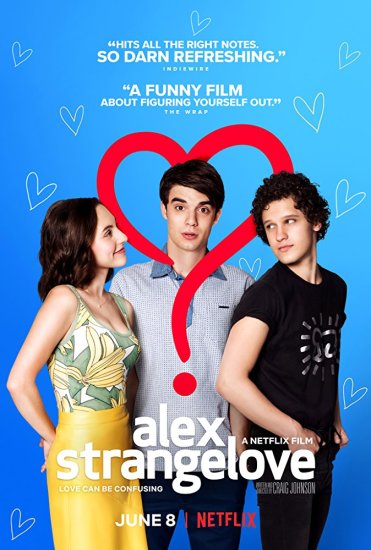 Alex Strangelove: A film I have reviewed here. But it’s a soft film, the plot isn’t hard to follow and it’s all pretty light-hearted all in and ends with a happily ever after and it’s queer, always a plus for me. This film may not be the most amazing, but it’s simple and heartwarming which can be comforting when dealing with anxiety or brain fog. 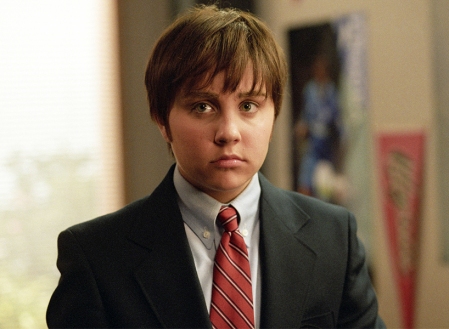 She’s The Man: One of my favourite films. I have a big fat crush on Amanda Bynes dressed as a dude but also just Amanda Bynes. I also just really love Channing Tatum. This is a fun remake of Shakespeare’s A Twelfth Night where the girl’s soccer team are getting their funding cut because girls aren’t as good as boys and Viola (Amanda Bynes) wants to prove them wrong by disguising herself as her brother and go to his new boarding school and join their team. It’s full of fun rom-com antics and bisexual tension. 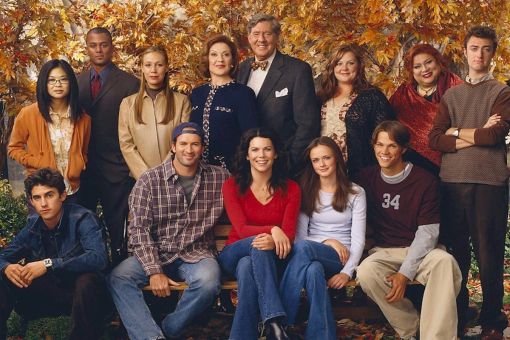 Gilmore Girls: Another easy one to follow if you’ve watched this before. A decently long series, but the episodes are pretty short if you are struggling with concentration time. It’s pretty outdated in a lot of places (very bad jokes in many places, but if you can look past it, it is a heartwarming show). This also has it’s follow up something like 10 years later which is interested to see what happened to everyone, but nothing particularly exciting except Loreli’s love life. 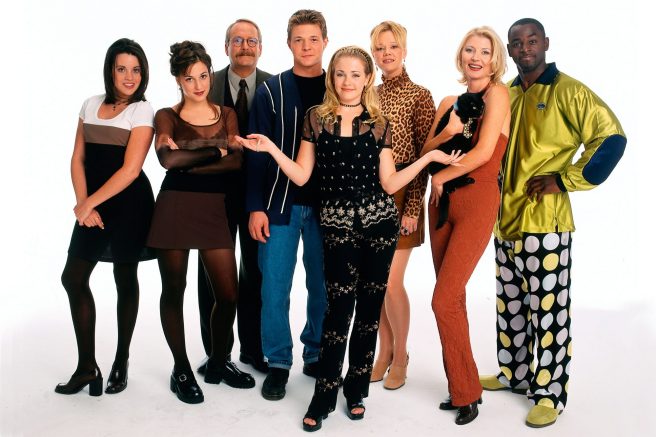 Sabrina The Teenage Witch the original series in the ’90s-early 2000s, a kids show I grew up watching and loving so much. I remember having several of the computer games, numerous toys, the original film that started the TV show, and watched the cartoon for a short period of time. This is something I’ve started watching again recently as it is on Sky after Charmed, so my mum and I sit and watched an episode of Charmed and then two episodes of Sabrina as just a short period of time to relax and hang out together. 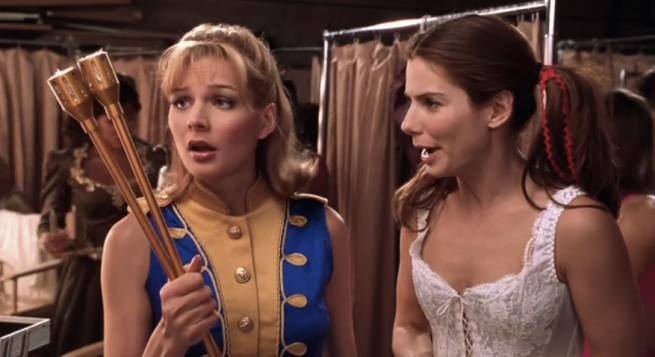 Miss Congeniality was probably my first introduction to Sandra Bullock who I am now desperately in love with (for her skill but also her beauty, the butch woman trope always hit me different) Cheryl is this precious little diamond of a character and Michael Caine is top tier comedy. The sequel is VERY different but I still love it a lot too and it stars the amazing Regina King (who I knew from A Cinderella Story, another great film)

13 Going On 30 was one of my favourite films growing up and I still deeply love it. Jennifer Garner, Mark Ruffalo and Judy Greer were MWAH! The soundtrack was iconic, I still love listening to Jesse’s Girl by Rick Springfield, and if either Love is a Battlefield by Pat Benatar or I Wanna Dance With Somebody by Whitney Houston come on, I’m off dancing and singing and being dramatic af. But all the songs are iconic and I see the scenes they were used in right away in my mind, along with the classic fashions of the ’80s and early 2000’s. Also teen me fancied teen Matty a lot. Adult me? Facies all the the adult cast to be honest… except Alex Carlson.

Share with me you’re comfort films and TV shows, I’d love to know what you watch when you’re down and why!

Check out my other socials.

3 thoughts on “What I Watch For Emotional Comfort”